A FORTUNE OR A MISFORTUNE: ALWAYS IN THE SHADE OF COGNAC… 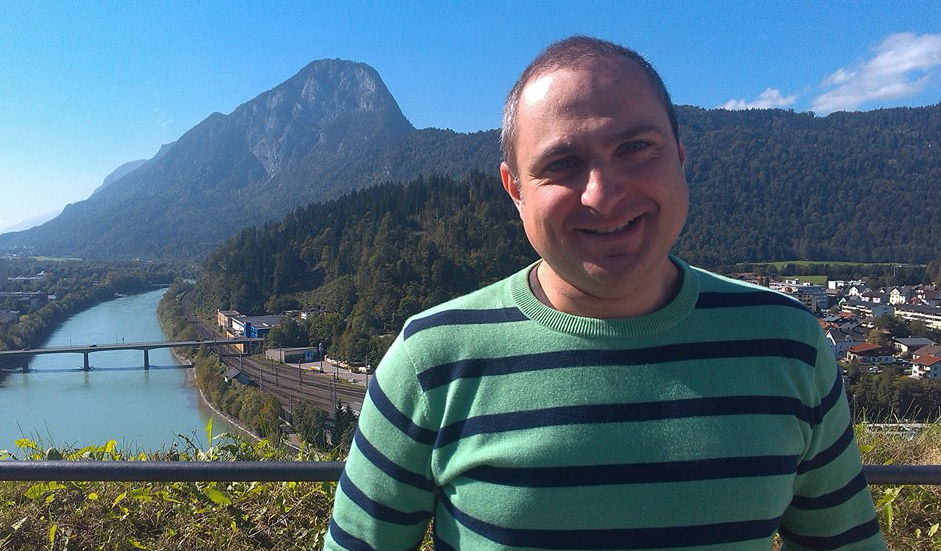 A Fortune or A Misfortune: Always in the Shade of Cognac…

One for Everybody, and Everybody – for Armagnac

Many people may have heard of it, maybe not so many, and less should have tasted it, but even the least should have realized what’s so special about Armagnac ,or what it is that makes it different from Cognac. But the few who have heard, tasted and realized it have remained Armagnac admirer forever.

The Last Secret of France

The French are a complacent lot. And proud, too. But what they perhaps value more than their own personality is their stomach – plenty of food and generous drinking, very traditional and well-measured, and yet, diverse.

It is these complacent French who are laughing at the world up sleeve… No wonder: we have given Champagne and Cognac to you, but kept the Armagnac for ourselves!

Nobody knows whether this is a fortune or a misfortune for Armagnac that it has always been in the shade of Cognac both in terms of scale of production and popularity throughout the world. However, globalization changes everything, and this last secret of the French is revealed, as more and more people learn the taste of this wonderful liquid that was unknown till now.

Armagnac is the oldest of the world’s registered brands, at least 150 years older than Cognac. 2010 was the year when it celebrated its 700th fete, but this celebration mostly turned into a festival of the French people.

In the far and distant 14th century, when Georgia was stilled ruled by the Mongols, French Cardinal Vital du Four discoursed about the wholesome liquid:

“It makes disappear redness and burning of the eyes, and stops them from tearing; it cures hepatitis, sober consumption adhering … restores the paralyzed member by massage; and heals wounds of the skin by application. It enlivens the spirit…recalls the past to memory, renders men joyous, preserves youth and retards senility.“

In the 1310 treatise, around 40 curative properties are ascribed to Armagnac. Having received a profound medical education before becoming a monk, the cardinal did mean what he said. The medicine faculty he had graduated was already teaching the process of distillation, discovered by the Arabs. It proved useful for Armagnac producers as well.

And, not only for them, though: it was the Moors who had taught the Europeans how to produce medicinal or intoxicating alcohol from grapes and grain and the word ‘alcohol’ is said to have Arabic roots.

The Old Country of Chevalier D’Artagnan

Can there possibly be anyone who hasn’t heard of Gascony? We all remember the story of the blithesome youth who deserted his father’s hearth to seek his king’s service in Paris. This is what fiction tells us about Gascony.

Well, the Gascony in the scientific wine-making world is primarily known as the birthplace of Armagnac. It is here, where, under the winds of the Atlantic and Mediterranean, there grow the grapes used to make the liquid in question. The land has never been easily accessible and due to it, people have always found it hard to sell Armagnac. This is perhaps one of the reasons why, in the end, it remained the gem of French spirits.

Heaven knows whether it was a pragmatic deed or the voice of the homeland, but in 1909, President of France from Gascony, Armand Fallieres signed a bill that established the regions, varieties and technology to be used to produce Armagnac.

The wrath of the motherland

First of all, the geography of the Armagnac varieties is strictly preserved. In 1804 the area designated to grow the suitable produce was only 72 hectares. In 1850 the locale grew to 96,000 hectares, reaching 100,000 hectares by 1872. Those times were a sort of a Golden Age, when the production of the region reached about 10 million liters of alcohol.

The Golden Age was followed by a disaster in the form of grape phylloxera that wrecked multitudes of wineries. Today the vineyards fit for Armagnac occupy about 100 square kilometers only.

Like any other French brands, production of Armagnac is harshly regulated and wineries are strictly observed by both the Bureau National Interprofessionnel de l’Armagnac and the French Institut National de l’Origine et de la Qualité. Their standards stipulate that only four varieties of grapes – Baco 22, Colombard, Foile Blanche და Ugni Blanc, are used to make Armagnac.

In the Shade of a Younger Sibling

All these varieties, except Baco 22, are also used to produce Cognac. However, it is primarily the technology that makes Armagnac different. When making Cognac, the farmer will distill the wine twice, making a spirit that is chemically pure, but also free of the components that make up the distinct taste. And, in order to produce Armagnac, the wine will be distilled only once, preserving most of the aroma (a repeated distillation is a rare occurrence).

Another requirement of the law is for the distillation to happen before April 30 the year following the vintage. Otherwise, however excellent the flavor might be, the product will not deserve being designated as Armagnac.

Geographical restrictions affect production volumes, above all. While the global auction of Cognac in 2013 was 177 million bottles, only 6 million bottles of Armagnac were retailed, out of which, 3.5 million bottles were sold within France. The French might really know something we, the rest of the world, have no clue about.

Every manly guy prefers his wine older. If tended with proper care and skill, a spirit will only be improved as years pass.

Armagnac of a single distillation initially contains about 52 to 55 percent of alcohol. After distillation it is moved to oak casks, which must be brand new during the first few months. Afterwards the spirit is transferred to the worn casks. Later different spirits may be mixed with it and returned to oak containers. Year by year, some alcohol will be evaporating through the pores in the barrels. The loss amounts to about 0.4% a year. This is what they call “the angel’s share”.

In three years following production Armagnac “settles down” and matures and “wises up” until it reaches the age of ten years, developing a distinct floral aroma and fruity taste and changing its color from straw-beige to golden. When 10 years old, Armagnac enters its Golden Age and starts to enrich the aroma and darken the tone until it is 40.

Armagnac that is 40 years old is, like a man, fully matured – both in its flavor and color.

“When young”, the alcohol is stored in casks in an attic, which provides a maximum difference between the day and night temperatures. This keeps the liquid always “stressed” and active at the maximum level.

When the drink is older, the casks are transferred to cellars, with constant temperature and humidity, where the alcohol can age in peace and tranquility.

It goes without saying that from pressing to bottling Armagnac is under constant observation. By the end of the process the drink is poured into 10,000 liter casks to minimize the contact with the oak surface.

There is one more thing that makes the two famous brands different: while Cognac is produced by large corporations, Armagnac is made by family-run wineries that have been in business for centuries.

There are about 200 Armagnac-makers in Gascony. They say their products are so different you will not know the real taste until you have tried all of them.

Do not trust us, rather listen to the professionals: when choosing which Armagnac to taste or buy, go for Dartigalongue, Chateau du Busca, Delord, Castarede, Tariquet, Chateau Pellehaut, Larresingle or Chateau de Labaude.

Three for the price of one!

Terminal strength of Armagnac is down to standard 44 to 49%. Its label is easy to recognize, as it is similar to that of Cognac. As a rule, the drink is of a “vintage type”, containing a mix of spirits of various years and origins. In such case, the age is based on that of the youngest component.

Three stars, aka VS, indicate that the drink is at least two years old. VSOP means that the bottle is five years of age, while XO and Napoleon refer to six years. Hors d’age stands for the youngest component being ten years old.

And, the prices cannot be even compared. If Armagnac XO can be found for GEL 100, Cognac XO may be two or three times as costly.

First Learn How to Drink!

As we have already agreed above, Armagnac and Cognac are two very different spirits with the manners to drink of their own. While both are usually enjoyed in similar glasses or snifters, i.e. short-stemmed and rounded glasses with a narrowed top, some prefer a flute-glass.

Both glasses have the same designation – to prevent your nose from poking it into the drink. When you are holding your glass of Armagnac, sit back and wait for it to start evaporating from the glass filling the air with the flavor of vanilla, iris, torrone, pepper, rose and even chocolate.

But drinking has its rules! The professional advice is to pour Armagnac about 15 minutes before you intend to drink. The spirit needs to get some space, breathe out, touch the walls of the glass, and feel at home. It will be great if you turn the glass round in your hands, and even better, if you warm it with your palms.

And, you can always find a better way. A secret tip from super-professionals: smear some drops with a finger-tip on the back of your hand, just like ladies do when they want to try their perfume. Wait a little, until the liquid starts evaporate as it gets warmer with the body temperature. This is the best way to feel the flesh of the drink.

And finally, a rule of thumb: you should drink it slowly, in sups, accompanying your coffee, cheese or cigar. And try to refrain from getting drunk. You just have to stop when you feel the urge to listen to toasts.

Where the Sun Rises

The French do realize that they cannot and should not lock Armagnac inside their country. The rest of the world has also learned that this is not a drink to be confined to one country.

The campaign is built around the elitist image of Armagnac, with the packaging designed by Paco Rabanne and a bottle sold for 10,000 Euros.

The markets with most potential include Russia and the East. Armagnac of vintages 1888 and 1917 was auctioned for 17 thousand Euros in a Moscow in 2012.

Armagnac is not only a drink. It is also a dish. Or, being more precise, a central ingredient of a dish. One of the most traditional French dishes is Ortolan, a bird cooked using an age-old recipe.

The bird, which is about the size of a sparrow is caught and force-fed with millet until it doubles its size. It is then drowned in a container with Armagnac, plucked, added some salt and pepper and oven-roasted. Those who have had the honor of tasting it, say it can be eaten whole, with the bones.

In order not to lose even one drop of the flavor the eater usually covers his head with a napkin, making a sort of a tent around the plate. Some even say this is done to hide from God the enjoyment of eating this tiny bird.

Whatever God’s response might be, the EU has been quite concerned about the ortolans while it forced France to ban ortolan-hunting in 1999, it still failed to prevent ortolan-eating and the number of the birds eaten a year reached about 50000. 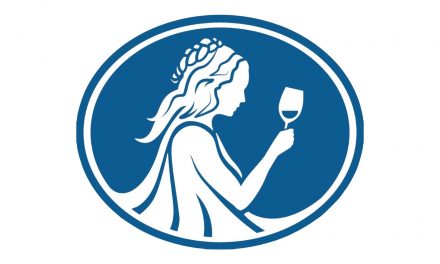 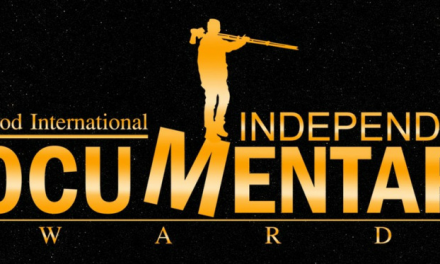 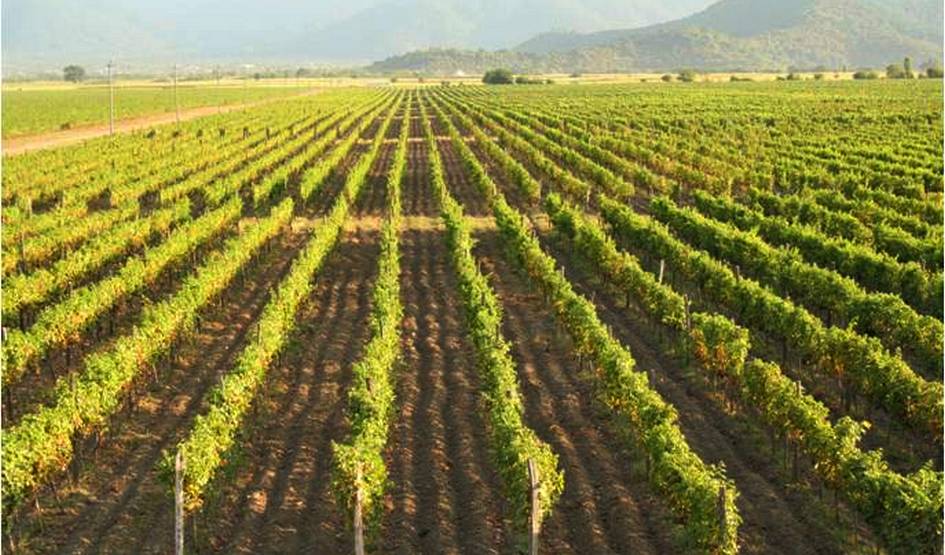 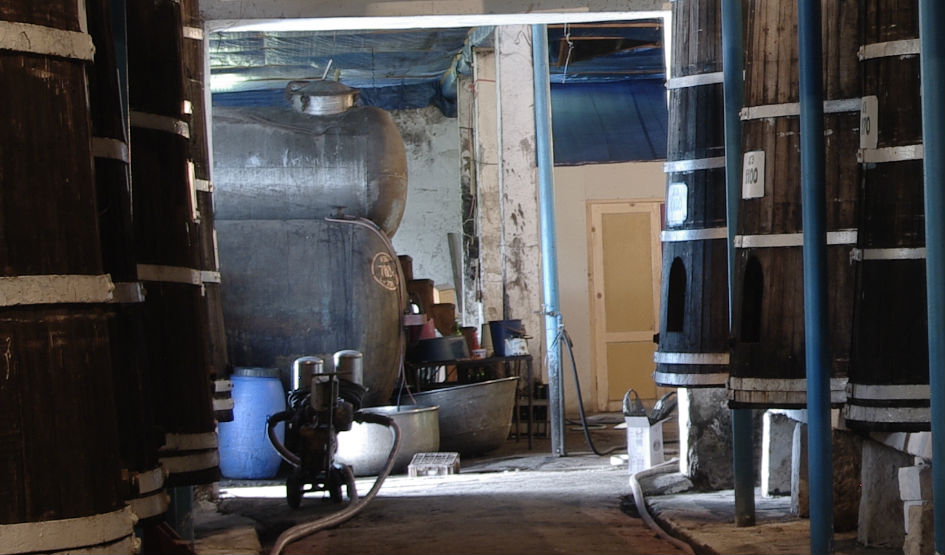 DISPUTE OVER “KHVANCHKARA” IS SUCCESSFULLY SETTLED IN CHINA