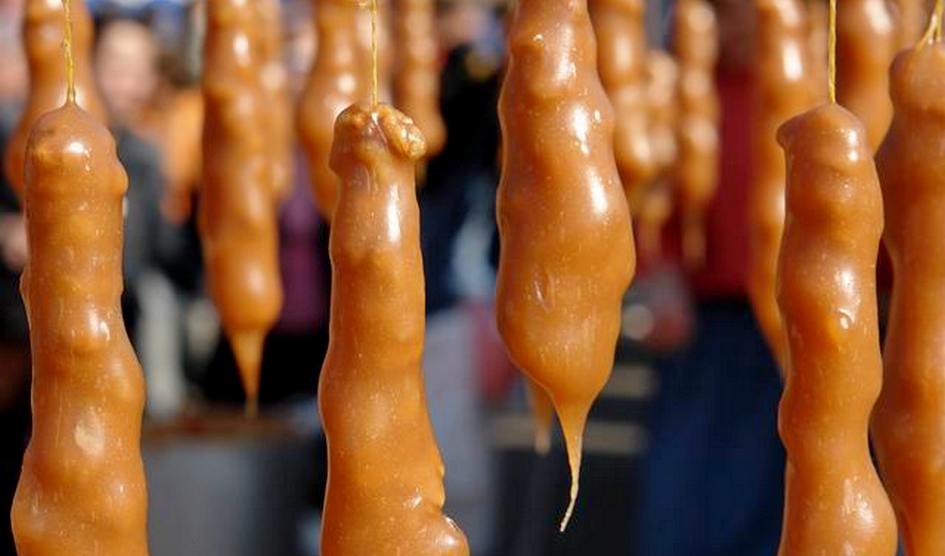 Georgian traditional sweet CHURCHKHELA is made from walnuts, hazelnuts, almonds, cleaned pumpkin seeds or pieces thereof and/or various dried fruit stringed on a thread and lowered down into condensed grape or mulberry juice for several times – we read in the document registered by SakpatentI. Starting from this period, CHURCHKHELA is officially registered Georgian Brand and to protect it is the duty of each person.

The length of standard CHURCHKHELA is 20-35cm, diameter is 1.5-4cm. As exception, the production of CHURCHKHELA with non-standard length is also admissible.

The condensed dry juice and relevant raw material has a typical, pleasant sweet taste; consistency is soft, dense and elastic.

PRODUCTION OF THE CONDENSED JUICE AND CHURCHKHELA:

The condensed juice production: grape and/or mulberry juice is heated on the fire to be boiled. Then some flour is added therein, is stirred and the heating process is continued till receiving the preferred consistence.

In the case of the juice from the Eastern Georgia (Kakheti, Kartli, Meskheti), the wheat flour is used. The received condensed juice is called “Tatara”.

The wheat flour is also used for mulberry juice condensation in Samtskhe-Javakheti.

The walnuts, nuts, almonds, cleaned pumpkin seeds or pieces thereof and/or various dried fruit prepared beforehand are stringed on a thread and are lowered down into the “Tatara” (in the case of CHURCHKHELA from Kakheti and Kartli) or into the “Pelamushi” (in the case of CHURCHKHELA from Imereti, Racha, Lechkhumi, Samegrelo, Abkhazia or Achara) or into the condensed mulberry juice and is hanged for drying. Realization is permitted after several days, when CHURCHKHELA becomes dry.

A Few Words from the History of CHURCHKHELA

CHURCHKHELA was done in Georgia from ancient times about what talk the historical sources and archeological findings.

During excavations of the second century B.C. graves, the clay plates have been discovered on which are depicted the scenes of making CHURCHKHELA. As well, a special clay vessel was unearthed in which our ancestors used to keep CHURCHKHELA.

Sulkhan-Saba Orbeliani gives explanation to word CHURCHKHELA as walnut stringed on a thread though it is known that in different regions of Georgia CHURCHKHELA is made of hazelnuts, cleaned pumpkin seeds or dried fruit. In Guria and Imereti it is called Janjukhi. CHURCHKHELA is very tasty and high caloric product. Due to its high calories it takes special place in the history of Georgia.

The historical sources inform us that Georgian warriors carried CHURCHKHELAS with them yet back in the Feudal Age. Even for the population, during invasions of the enemies or the periods of hardships, CHURCHKHELA was the only food and the means of overcoming hunger.

In the last century, during the Great Patriotic War, from Georgia the relatives used to send to the warriors on the front line the biggest quantity of CHURCHKHELA made of grape juice.

The historical documents about the strategic importance of CHURCHKHELA inform us also that it used to enter in the list of state taxes. This issue is well described in the 15th century Georgian manuscript “The King’s Court Deal” published in 1920 under Ekvtime Takaishvili’s editing. For example, in the book we meet at one place that Gareji Desert Monastery was charged to supply the King’s Court with CHURCHKHELA together with other taxes.

It appeared that the quality of CHURCHKHELA depends on the quality of vine variety about what Professor Giorgi Beridze also gives us some information. According to him, considering the assortment, the Georgian vine varieties were grouped in the following way: “for wine”, “for grape juice”, “for Chacha”, “for Machari (new wine)”, “for Badagi (syrup)”. Particularly, for making CHURCHKHELA the following varieties of vine were used: “Buera”, “Mkhargrdzeli”, “Kishuri”, “Tskhenis Dzudzu (Horse breast)”, etc.

CHURCHKHELA  was registered as Georgian brand by the National Intellectual Property Center SAKPATENTI just foreseeing the above-mentioned characters and historical importance, and today, each of us should be involved in its protection and popularization. 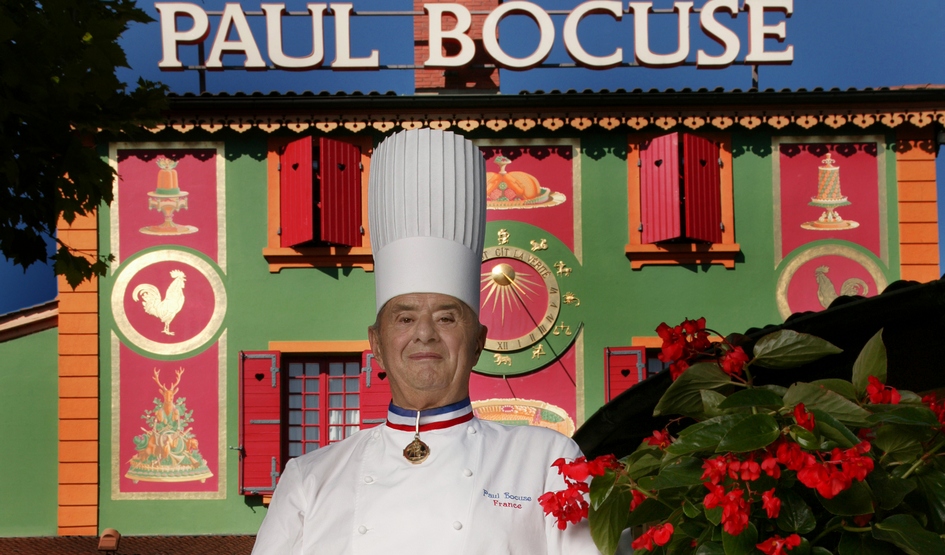 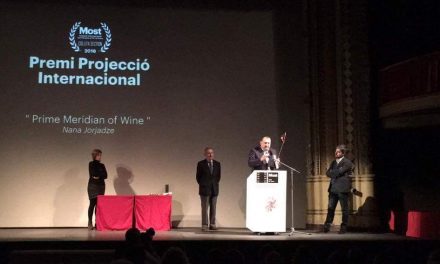 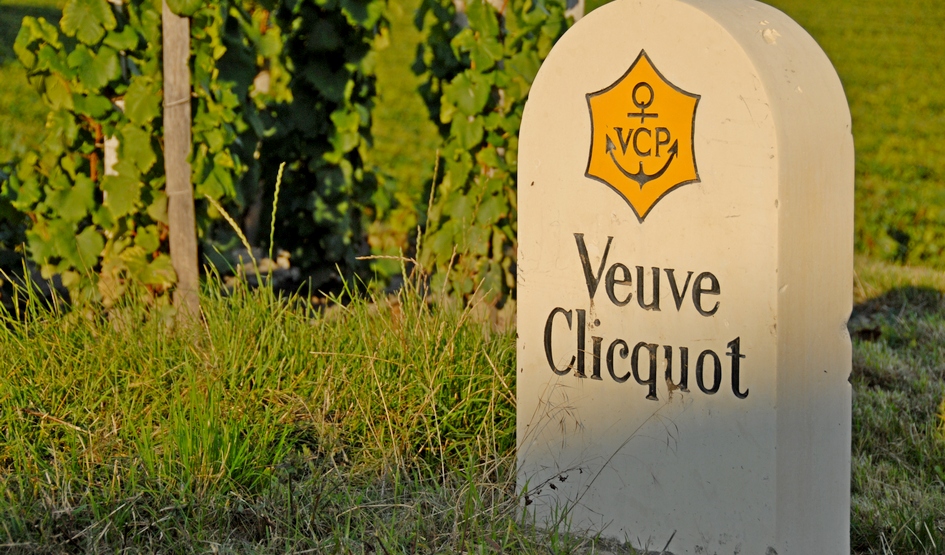 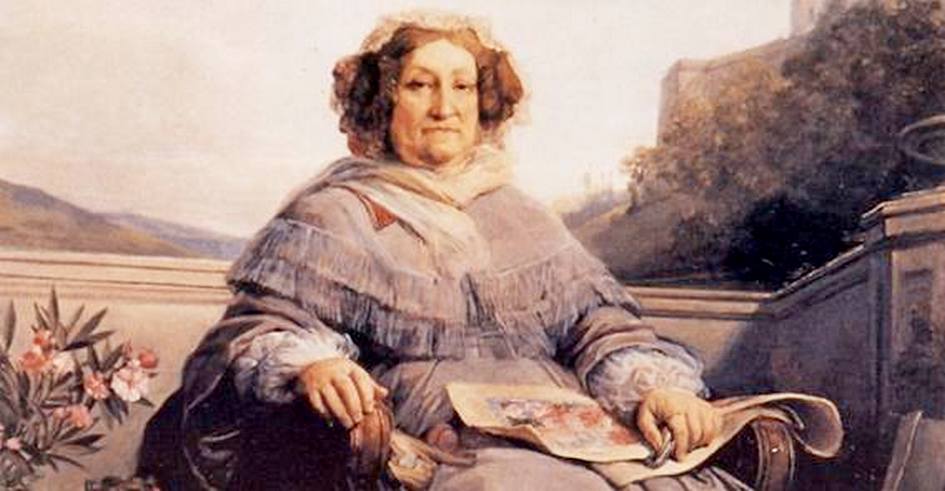